Throughout the centuries, people living or working in high altitude areas  have developed their own ways of coping with the lack of oxygen in the thin air. Central and South American communities for example, especially those in the Peruvian Andes, are famous for chewing on coca leaves to alleviate the symptoms and discomfort of acute mountain sickness. In recent years, scientific interest in the role of dietary nitrates on human physiology has lead to an explosion of research in a new supplement which might help at high altitude, and the good news is that it’s one that is available to us all.

Beetroots juice is rich in a substance called nitrate. Nitrate itself doesn’t do much for our body, but it is converted by enzymes into nitric oxide which is a very important substance. Given across a number of days, beetroot juice supplements have been shown to increase the amount of nitric oxide in the saliva and the blood, which has in turn been associated with increased blood flow through muscles, improved lung function, and better exercise performance. The good news for us mountaineers, or anyone looking to perform at altitude, is that the process of conversion from nitrate to nitric oxide is upregulated at times when oxygen availability in muscle is reduced, such as during exercise or at altitude (or perhaps both!).

Because of its purported effects on blood flow, researchers have become particularly excited by the potential for beetroot juice to enhance performance at altitude. The theory goes that the nitric oxide causes blood vessels to widen, allowing more blood to flow through them and hence delivery more oxygen to the otherwise deprived muscles and brain. To put this to the test, researchers from the Institute of Sport, Exercise & Health (UCL) and Leeds Carnegie came together with the Defence Medical Services. The researchers had 22 adults who were undertaking a high altitude military expedition receive two 70ml dose per day of either beetroot juice or non-nitrate calorie matched control (n=11). Participants ingested supplement doses daily, beginning 3 days prior to departure and continued until the highest sleeping altitude (4800m) which was reached on day 17 of the expedition. 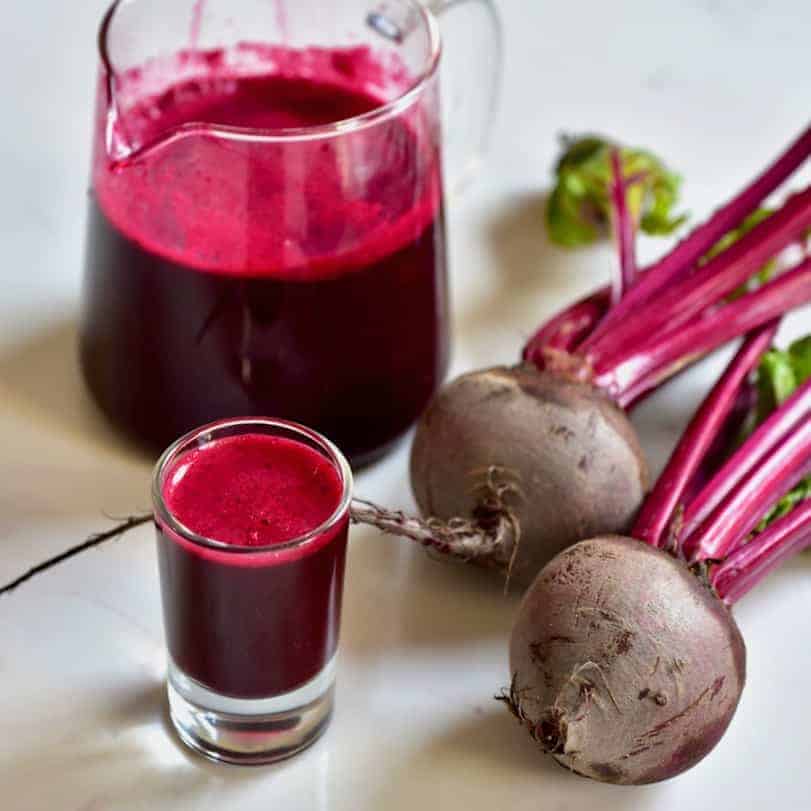 Beetroot has the advantage over other sources of nitrate that it can easily be juiced to tightly control how much nitrate is delivered in each dose.

What Did They Find?

The results showed that supplementing with beetroot juice had the desired effect to increase salivary nitrate levels significantly compared to baseline and compared to the control group. Interestingly, this translated to improved fitness levels at altitude in the experimental group, who performed better in a step up test at 4800m than the control group, but the symptoms of high altitude illness were no different between groups, with both the beetroot juice and control group suffering equally with high altitude illness.

What Does It Mean?

This isn’t the first time beetroot juice has been shown to improve athletic performance, but it adds further support to the existing literature. For those of us looking to perform at altitude, or take on high altitude mountaineering objectives, it suggests that beetroot juice could be useful to help prevent a drop off in performance levels in thin air. However, it crucially shows that beetroot juice cannot prevent the development of altitude sickness. Note that those who supplemented religiously with the juice were no better off in terms of their acclimation than their peers who drank a placebo. So what can we do to ameliorate the negative effects of altitude?

Well it really comes down to time accumulated at altitude prior to departure. For some people, that means exercising at simulated altitude and completing intermittent hypoxic exposure sessions using the POD, while others prefer to sleep in altitude tents, especially if they are going up to more severe altitude. The best acclimation plan is usually dependent on your experience at altitude, and your own baseline tolerance to low oxygen environments, but the key is always time accumulated in simulated altitude. For example data show that altitude susceptibility improved 13% and 49% on two different tests after 6 weeks combined exercise and IHE training. So, while beetroot juice might be the cherry on top of the cake for performance at high altitude, acclimation remains fundamental to preparation for competition or mountaineering at altitude.

To find out more about your baseline tolerance to high altitude, and your options to acclimate before heading to altitude, get in touch with the team.