With the Grande Depart of the 108th Tour de France nearly upon us we felt it was time to
look at who the contenders are, what the big stages may be and who is our
favourite to win the 2021 Tour de France.

When does it all kick off?

Setting off from Brest at around 11am for UK viewers, (12pm CET) on Saturday 26th June, the tour spends its first 4 days winding around the north east of the country. Stages 1 and 2 look purpose built for Frenchman Julian Alaphilippe, and on home tarmac he has got to be one to watch early on.

After this, the true sprinters come into play with stages 3 and 4 built for quick
riders. With the late inclusion of Mark Cavendish (gunning for stage win number
31), as well as Caleb Ewan and Peter Sagan, it will be an interesting
battle as they hit the final stretch of each stage. 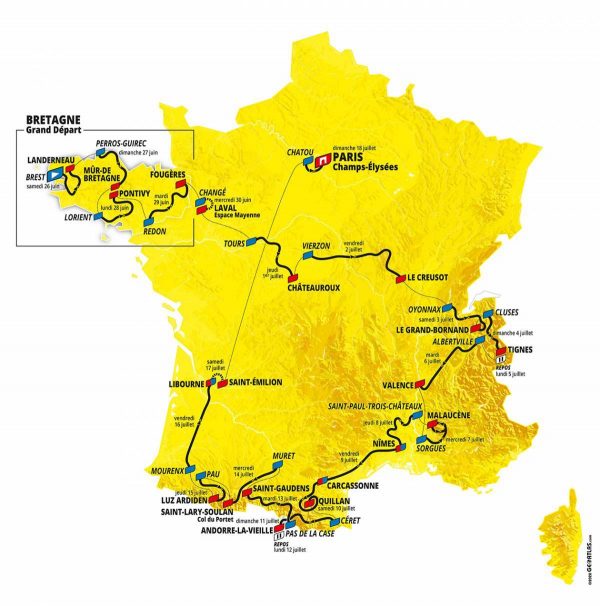 Our favourite stage of this years route?

It’s impossible to look past stage 11, the Queen Stage. With not one, but two(!) ascents of Mont Ventoux during this stage, we could see some serious movement on the leaderboard and anyone who has aspirations of taking home the yellow jersey will need to be willing to suffer on this stage to have a chance.

Topping out at 1910m above sea level, this is not a stage for the feint hearted.

We couldn’t take a look at it without looking into the highest stage of the tour now, could we?

Stage 15 takes the riders up to a lung-busting 2408m of altitude, climbing Port d’Envalira in Andorra as part of one the most challenging days of this years tour. Let’s hope the altitude camps the teams have been through pay off here! 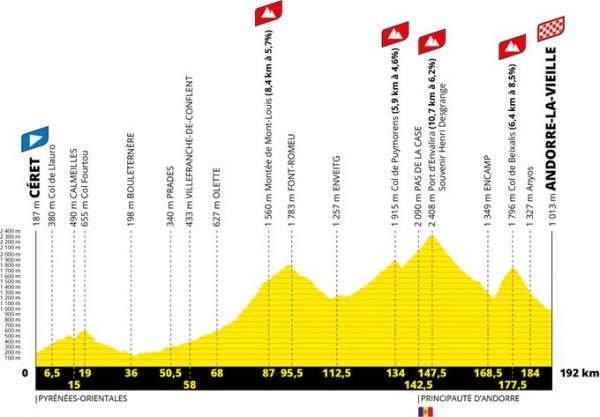 Where will the tour be won?

That’s a million dollar question. With 21 days of riding, a lot can happen before we see someone crowned with the yellow jersey, but key stages to look out for are the ones already mentioned (11 and 15), as well as stages 17 and 18 which are both summit finishes on HC climbs.

Ones to watch this year?

That said, you can never rule out the Ineos quartet of Geraint Thomas, Tao Geoghegan, Richard Carapaz and Richie Porter – all who have won big stage races – and will be desperate to win again here.

If you are looking for an outsider, Miguel (Superman) Lopez, Simon Yates and Jakob Fuglsang would be up there but you can’t rule anyone out just yet.

It’s fair to say, we can’t wait for it to all kick off!