Acclimation isn’t just for high altitude: Performance is impaired even by low altitude

For today’s research blog, we’re taking a dive into the archives to a study that has shaped a lot of what we know about the impact of altitude and the importance of acclimation.

In his book Endure, Alex Hutchinson recounts a story of when The Australian Institute of Sport was being set up in Canberra in the mid 1990’s. This was to be the premier sports science research and training facility in the country, a veritable medal factory for the upcoming Olympics. So you can imagine the surprise when the first few athletes in the lab recorded low VO2max readings. (VO2max is the amount of oxygen the body can take in and use during exercise, and is a useful indicator of endurance ability).

The researchers were left with two possibilities. Either their athletes weren’t as elite as first they thought. Given these were Olympic and world champions, or athletes with that potential, that seemed unlikely. So they were left with option two: faulty equipment. But the equipment was state of the art. So what gives?

Canberra sits at 560 m above sea level. Hardly high, by comparison to Alpine passes and Himalayan cols, but high enough to reduce the effective oxygen concentration in the air to ~19.5%. At first it seemed unlikely that such a subtle drop in oxygen availability could be having such a noticeable impact on the readings from world class athletes, but as time went by the process of elimination suggested it had to be. And so, in 1996, the scientists at the AIS published their findings. 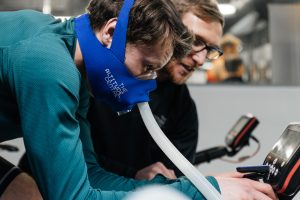 For the untrained participants, the blood oxygen saturation dropped during exercise from 94.7% to 93.7%, which was nothing to write home about. For the trained cyclists however the drop was from 90.4% to 86.5%, a significant reduction in the amount of oxygen in the blood. As a result, on average the VO2max of the trained cyclists dropped by 6.8%, with one witnessing a massive 12.3% reduction. 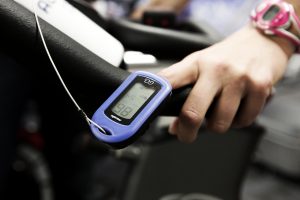 The reduction in blood oxygen saturation was more noticeable in trained athletes, and their performance suffered as a result

Armed with this knowledge, that performance can be impaired even at what most would consider quite low altitude, we are in a better position to prepare appropriately. The authors suggest that the aerobic performance of trained athletes decreases progressively as soon as one begins to ascend from sea level. Thus, some level of specific preparation for altitude is important whenever an athlete is competing above sea level.

The best way to go about this will depend on the athlete, their training and their goals. However, a simple course of IHE training will induce an adaptation to reduce the drop in blood oxygen saturation and preserve VO2max at altitude, improving performance. Combining IHE and exercise at altitude might be the best option, and we have seen that the drop in performance at 2700m is almost eliminated by 6 weeks of combined IHE and exercise at altitude. These are benefits that can be seen in the space of only a few weeks, and even sooner with more frequent exposures to altitude, making it incredibly easy to fit into the training cycle before any event. 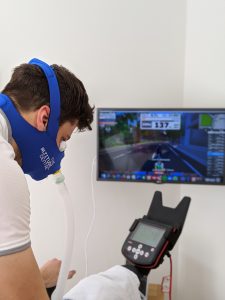 Training at home to improve performance at altitude

The Altitude Centre offer a range of options for altitude training from at-home systems to sessions in our altitude chamber in London. To help kickstart your training after the lockdown, we are running our very own 6 week training camp so that you can get the benefits of exercise at altitude and IHE! To discuss the best solution for you and your event, get in touch today.