We all know how effective altitude training can be for enhancing performance, with athletes of all abilities improving their aerobic capacity by an average of 10% after 6 weeks of training. However, for those of us doing exercise for general health and fitness, or to shift a few extra pounds following a heavy Christmas period, altitude has also shown its worth. What if I told you there was a way to increase your metabolic rate? Enter hypoxia…

Your metabolism is more than just a factor in weight gain, with research implicating metabolic conditions in several health conditions, including cancer, stroke and diabetes, that are becoming alarmingly more prevalent in society. As a result, scientists are always on the lookout for methods that can help improve this, and recent research has demonstrated the promising use of altitude in this area. 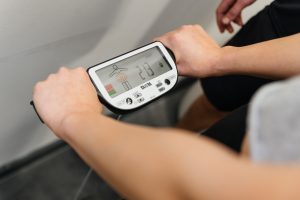 It all started in the 1970’s and 80’s, when scientists discovered that the mortality rates from cardiovascular diseases and cancer are lower in individuals that live at altitude compared to those living at sea level. In fact, studies covering up to 20 years worth of data showed that coronary artery disease was 28% less prevalent at high altitude, with similar trends in certain cancers. Having discounted other factors which might differ between high and low altitude natives, the scientists came to the conclusion that altitude itself must have some role to play in the vastly improved health outcomes in those living at high altitude. Intrigued, researchers across the globe began investigating the mechanisms which might explain why and how altitude can improve health, and the results are quite remarkable!

One of the main findings from decades of research in this area is that hypoxia itself increases tolerance and uptake of one of our main energy sources, glucose. Improving our response to glucose is associated with an increase in muscle mass and a decrease in fat and overall body mass. While this typically happens in response to an exercise plan, the good news is that when training at altitude the response is even greater than after sea level training AND positive results have also been found after rounds of passive exposure to altitude… A win win situation! 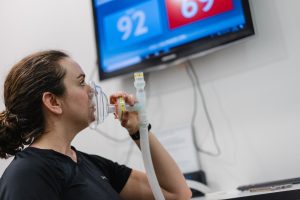 But how does altitude make this happen?

Scientists believe it is down to one very important protein called GLUT4. This is the protein which controls the uptake of glucose into muscle and fat cells. After exposure to altitude, not only is there is an increase in the amount of GLUT4 stored in a cell, but it is more efficient in responding to high blood glucose levels, which means greater glucose uptake and therefore greater glucose tolerance.

Whilst this explains the greater glucose tolerance, it doesn’t quite explain the increase in muscle mass and decrease in fat mass. This is where we introduce a new hormone to the equation: insulin. Insulin is the main hormone that controls our GLUT4 protein actions. In other words, GLUT4 can only uptake glucose once insulin gives it the green light and stimulates it. After altitude exposure, there is a greater distribution of insulin to the muscle compared to fat. This means there is a greater glucose uptake into the muscles, giving them greater fuel to grow compared to fat. 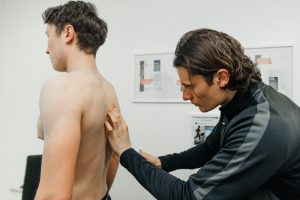 Okay, so we have explained the increase in muscle mass and decrease in fat mass, but what about overall weight loss?

This is a bit more complex. But it is all to do with that crucial C word… Calories. In simple terms, you burn more calories at altitude (even if sitting down) than you do at sea level. This is because when at altitude, your basal metabolic rate ie the amount of calories your body needs to burn to function, is raised. This is down to the lower levels of oxygen causing a change in the way we produce energy. Usually, when there is an abundance of oxygen (ie at sea level), our predominant energy pathway is one we call ‘oxidative phosphorylation’, which produces large amounts of energy very efficiently. However, when oxygen is reduced (ie at altitude) this causes a switch in pathways to one called ‘glycolysis’, which is much less efficient. Essentially, glycolysis requires a lot more effort to get the same energy output, meaning more calories are burnt in the process!

So, if you are on a health kick, or fancy an extra boost in your training to see quicker results, altitude is the solution for you! Whether it is circuits, cycling or running, our hypoxic chamber has your back and will help you hit your goals in record time. Exercise not for you? Not to worry, our hypoxic generators can help you improve your metabolic health through sitting down or even sleeping! Get in touch with the team to see what option is best for you.